Discussion on anything to do with Melbourne Storm - games, players, rumours - anything!
Post Reply
49 posts

Pretty handy replacement for JAC if we land him. I'll be interested in seeing what we are offering in terms of dollars. We have not typically thrown money at wingers - although we have relaxed that in recent years with JAC and Vunivalu getting decent upgrades once proven.
Top

I would be stunned if (Xavier Coates) goes to the Storm,” Alexander said on SEN 1170 Mornings with Matt White.

“The Storm are the type of club that won’t pay big money for wingers, otherwise they’d keep Josh Addo-Carr.

“In their salary cap break-up and who gets the money at the Storm, it will be their spine.

“They spend their money and fill up the other spots, this is why the Storm have been so good. They fill up players on the rest of the team for players on value money.

“I can’t see the Melbourne Storm paying half a million which is what Xavier Coates would be asking for. They can’t afford to pay half a million for a winger.”

If the Storm sign Coates he could act a like-for-like replacement for Addo-Carr who has signed at Canterbury from 2022.

Beat me to it by seconds. Brandy is a flog, but I agree with him on this. Depending on how much we are throwing at Coates, it is out of the ordinary and not necessary I think. If we can get him for closer to $400K, there is probably some value.
Top

They increased JACs contract this year to $650,000 which gives them something to play with. If they did land Xavier Coates, we would probably say good bye to the Cheese but they may already be factoring it in. Trent Barrett seems to be very keen and the Cheese wants to play 9.

Xavier Coates ran for 202 metres on the weekend so he is at the top of the wingers in the NRL.


The Daily Telegraph’s Michael Carayannis believes Donaghy’s comments were a deflection tactic to attract media attention away from the club’s poor recruitment and retention attempts.

“I think every club’s a vulture, but they go through cycles when they need to swoop,” Carayannis said on SEN 1170 Breakfast.

“I think it’s a classic deflection there from Dave (Donaghy), his first day on the job and they’re concerned about losing Xavier Coates to Melbourne.

“With everything else that’s gone on I think it’s a deflection from the poor recruitment and retention that the Broncos have gone through in the past half a dozen years.”

It is believed that Coates could commit his future to Melbourne as early as this week.
Top

True, however we have typically left a bit of cap room for a mid season pick-up. Maybe we forwent that this year to secure JAC for one last year.


six rings wrote: ↑Tue May 04, 2021 8:41 amIf they did land Xavier Coates, we would probably say good bye to the Cheese but they may already be factoring it in. Trent Barrett seems to be very keen and the Cheese wants to play 9.

I would hope that the club doesn't manage the cap that way. You don't divert big coin from a dominant middle forward to a winger. I imagine we have formulas to manage how much we want to spend on certain positions and then manage to that (with some minor flexibility).

But yes, we probably don't have a choice on Brandon if he is dead set on playing hooker. Despite what his actual best position is.
Top

Coates would be cheaper than what we're reportedly giving JAC this season (which I think is a one off given the circumstances). He's a good talent but is only in his second season and I think the "experts" forget that sometimes.

Do we really think Hughes' deal is for 800 a season? He rejected that from the Warriors.
Top

I think Hughes is on $700,000 but on a 4 year deal so he has security. He took slight unders to stay given he is settled in Melb, having success and the Melbourne Storm is where he cut his teeth after two other teams.

I also think we are currently being serviced very well with our reserve forwards who are not on big coin but certainly are fantastic for the team. Tui Kamikamica, Pene, Lewis, King, Loiero, Schonig and even Nicho Hynes, Cooper Johns George Jennings and Branko Lee arent on big coin but that is huge because they are totally team players and their commitment to our Club means we can look after other players.

The key is keeping Harry Grant and all efforts will be made to keep him on a long term deal.

As stated in other threads, the Storm have turned over a lot of players with the go home factor and other issues so if players want to come to us to improve their own performance and therefore get paid a little less then thats fine too.

Coates will be dependant on Belly Ache.

As Reimis Smith has proven over the last two weeks what he has said when he first came down, 'Here they breed success':
Top

yourhero wrote: ↑Tue May 04, 2021 8:20 am I don't think he is off to a great start though... Torch the bridge with the Storm on his way out and now complaining about clubs throwing massive money at players they developed, when everyone works from the same budget. He surely understands the importance of cap management, yet has this public whinge anyway where nobody is going to have sympathy? Just an odd way to kick things off in a new gig.

Not really, you've got to remember his target audience are that strange breed north of the Tweed. I guess Bronco's memberships have fallen and he'd be trying to get people back and enthused with the Broncs and he's trying to get them on board with the old "us against them" mentality that is so unique to Queensland.
Top

Hypocrisy is never going to endear him across the League though and even a large portion of Broncos fans wouldn't accept what he is putting forward. They signed Milford on $1M from the Raiders. Bird $1M from Cronulla. Croft from Melbourne. But then cry about other clubs throwing big money to attract their talent away???

Even players like Brodie Croft they would try and claim as a "local junior" because he played his junior Rugby League in the region. Was never signed by Broncos as a kid. Never any interest. Melbourne scouts signed him in 2014, around the time he played Under 18's for QLD. But we don't get credit for development? Just another local Bronco kid poached by vultures...

The same for Sydney. If a kid is playing footy in the local comp, not signed by a local NRL club, but is picked up by a QLD club... then nurtured, trained, provided pathways into 3rd and 2nd tier comps. Eventually into first grade. On what grounds could a Sydney team cry about young talent being "poached"? It's all down to how 'development' is defined.

The issue is, and has been for 20 years, Brisbane's recruitment competence. Sure, nobody can "keep em all", but you should be prioritising the real good ones. They have failed in that regard time and time again.
Top

Exactly. How does a journo worth his salt not put this clear hypocrisy to them?
Top

https://www.nrl.com/news/2021/05/05/coa ... ot-sealed/
Brisbane speedster Xavier Coates admits the appeal of being coached by Craig Bellamy looms large as he appears set to join the Red Hill exodus to link with Melbourne.

The Storm and Broncos declined to comment publicly on Coates's future on Wednesday after reports emerged he would commit to a two-year deal with the premiers.


Melbourne officials denied any agreement had been signed with the 20-year-old rising star, while Coates's manager Nash Dawson told NRL.com that his client hasn't "signed or agreed anywhere, or even made a decision yet".

Brisbane players however were overheard at Wednesday's training session joking with Coates about a prospective move to Melbourne after months of conjecture over his future.

Coates has ranked as one of the most in-demand players in the NRL with the Storm weighing in with a two- or three-year offer for his services last month, Brisbane beefing up their own extension and the Titans also offering a three-year deal, as reported by NRL.com six weeks ago.


Bellamy is still yet to decide his own future beyond this season, with another stint as Storm coach or coaching director in 2022 the most likely scenario, followed by a step back from the NRL altogether.

The veteran coach's decision has long played a role in Coates's own career call, though he was non-committal when pressed on his future on Wednesday.

"Obviously Melbourne appeals to me but there are 15 other clubs and they have appeal as well," Coates said.

"It feels good to be wanted by clubs. I am young and still finding my feet, I just want to play consistent footy for the Broncos.

"I am here for this year, I have the mentors here to help me learn, so each day I come to training with an open mindset."

When asked if he would be at the Broncos next year, Coates laughed then replied: "I am just focused on playing good footy."

Coates wasn’t named specifically by new Brisbane CEO Dave Donaghy earlier this week when he spoke of targets for "vultures" that "swoop in and throw ridiculous amounts of money and steal your best talent," but he is their latest youngster to be eyed off by NRL rivals as the Broncos continue to be rebuilt.
Last edited by six rings on Wed May 05, 2021 3:40 pm, edited 2 times in total.
Top

Xavier Coates started this year living in a house with Andrew McCullough and Dearden.

McCullough left for St George Illawarra in the pre-season while Dearden signed to join the Cowboys in 2022 a fortnight ago.

"It was tough, seeing Macca leave, he played a big part with me at the club, he helped me out in my first year of footy," he said.

"He was the first person to come to me when I started at the club and he made a good bond with me and Tommy.

"We stayed at Macca's place for a while and he helped us out. It's disheartening to see Tom go to the Cowboys but that's football.

"It's a bit difficult. I'm only new and 20 years and learning my craft. I'm leaving it to my manager. My main goal is to play consistent football and playing for the Broncos this year.

"Tom knows within himself what decision was right for him, he is living his life and I'm living mine."
Top 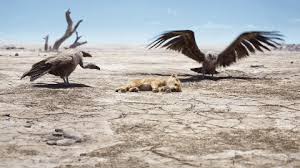 We must all hang together or, most assuredly, we shall all hang separately
Top

My guess is he has signed but there’s a cooling off period and will take 4/6 weeks to go though ...just wait
Top

sallymay wrote: ↑Wed May 05, 2021 5:26 pm So earlier today we had him now they have back tracked and said he has to think about it

My guess is he has signed but there’s a cooling off period and will take 4/6 weeks to go though ...just wait

You’re probably right RE cooling off period. Storm in particular always wait for that to expire before making an announcement.

Cooling off period is usually 3 days. Then the club that makes the signing gets to make the “official” announcement. That is the gentleman’s agreement across clubs. Very occasionally the club the player is departing states something first and it is frowned upon.
Top
Post Reply
49 posts